During wintersession, Neal Overstrom and Jen Bissonnette taught "Designing with Nature," an interdisciplinary studio where students explored designs and concept iterations for our new biodesign maker space. Students got exposed to the latest in environmentally-aware and evidence-based design thinking, including strategies from cradle-to-cradle, biomimicry, biophilic design, and living buildings.

Guided by these principles, students examined the flow of the space, the functions and types of furniture that could be custom-made for the space, reorganization of the current elements and sustainable material choices for construction. Over a series of concept iterations, two student groups developed human scale prototypes, incorporating biophilic furniture and installations that reimagined and reorganized the Nature Lab's Wet Lab.

From group one, Ewa Podgorska, Leah Yao and Tara Gupta proposed a modular work-desk system that would allow students to work as a group or pull apart from the central cluster to work independently. With an EcoTop surface, plyboo cabinets, steel legs, and hydrofoe coating, the desk would be outfitted for an aquaponics design, with bucket storage and a water recapture system. In addition, the desk would have a detachable privacy screen to allow for refuge.

From group two, Wynn Geary and Nick Burger proposed a biomorphic worktable. Inspired by the form of stromatolite colonies, the tables would feature internal plumbing with ability to connect to other tables in the set and hydraulic casters for easy mobility. They also suggested a rainwater capture/filtration system, which would bring rain into the Nature Lab from all the adjoining buildings and filter it through a multilayer biofilter for usage in the makerspace.

This studio served as a precursor to the INTAR spring studio, which will formalize design plans for our new biodesign makerspace to be constructed in Summer 2018. 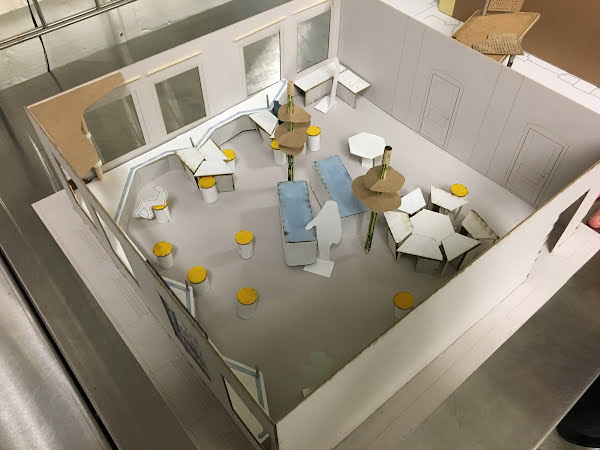 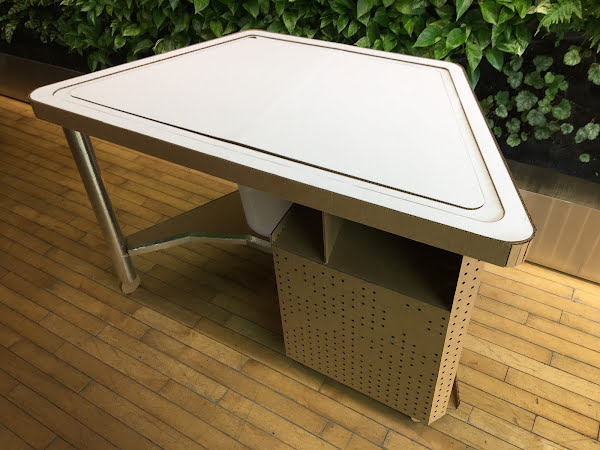 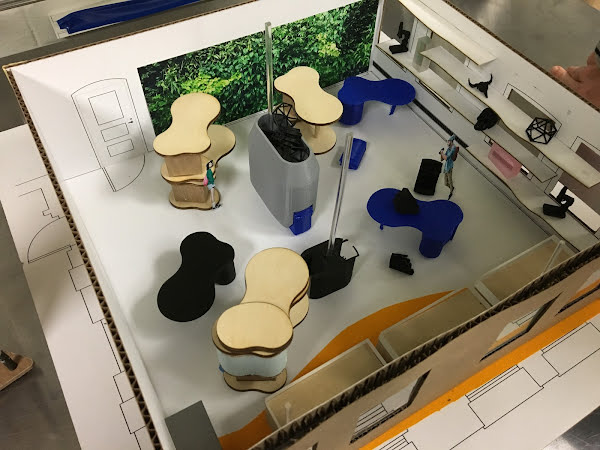 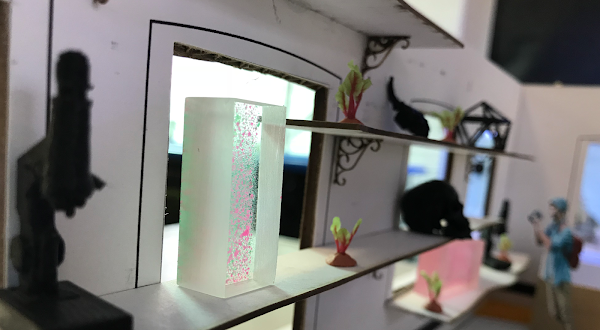 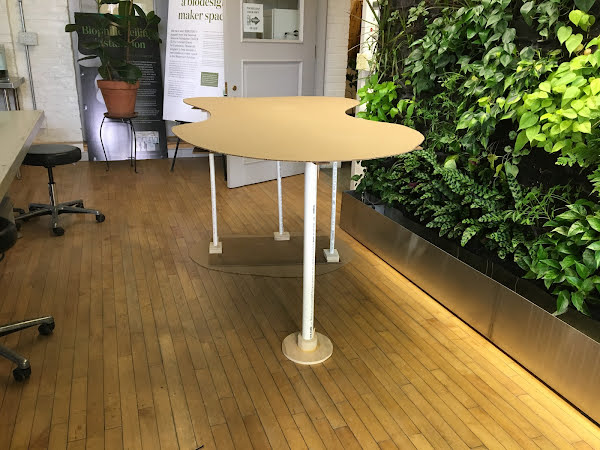 Nature Lab Microscopy and the Next Epoch Seed Library