Scott MacIvor received a PhD in Biology in 2015 at York University, where he researched patterns in urban bee and wasp diversity, and is now a post doctoral researcher at GRIT Lab at the University of Toronto. His energy was contagious as he spoke to a packed room in the Nature Lab on a Friday night.

GRIT Lab is a platform for multidisciplinary collaboration that investigates the environmental performance associated with "green" & "clean" technologies such as green roofs, green walls and photovoltaic arrays. Using examples from the city of Toronto and elsewhere, MacIvor expanded on the role of ecology and green infrastructure in urban design. He emphasized the importance of attention paid to biodiversity and native species when a city undertakes large projects such as the enormous new 21-acre Rail Deck Park to be installed on top of a rail corridor in downtown Toronto.

In 2009, Toronto became the first City in North America to have a bylaw requiring the construction of green roofs on new commercial, institutional, industrial and multifamily residential buildings. The larger the building, the more green roof space is mandated; for the largest buildings, 60% of roof space must be a green roof. The law also sets guidelines for the standards and required elements of new green roof construction. By 2012, Green Roofs for Healthy Cities announced that the law had already resulted in the addition of more than a million square feet of green space within Toronto.

MacIvor's research delves into the additional potential of green roofs as an ongoing source of habitat for a diversity of species, and the ways that diverse plantings interact with diverse animal species. MacIvor is interested in green roof potential as homes for rare species, as stepping stones for species spread, and as stops along migratory paths for species like migrating geese.

He also recognized the challenges ahead for green technologies to aid rather than harm bees, bats, and other species. Bats, for example, use echolocation to navigate and find food sources, but often misidentify large swaths of solar panels as water, resulting in dangerous crashes into the panels. MacIvor advocates for better understanding of drawbacks to current green solutions in order to create expansive new solutions that address broad species needs.

Attendees were encouraged to think of cities as places where biodiversity is essential and where species interaction impacts community level functions. Better observation and understanding of these processes can inform future landscape and design decision making. MacIvor also noted the importance of social inequities in access and study and encouraged more egalitarian practices and plans for how and where green roofs are built. 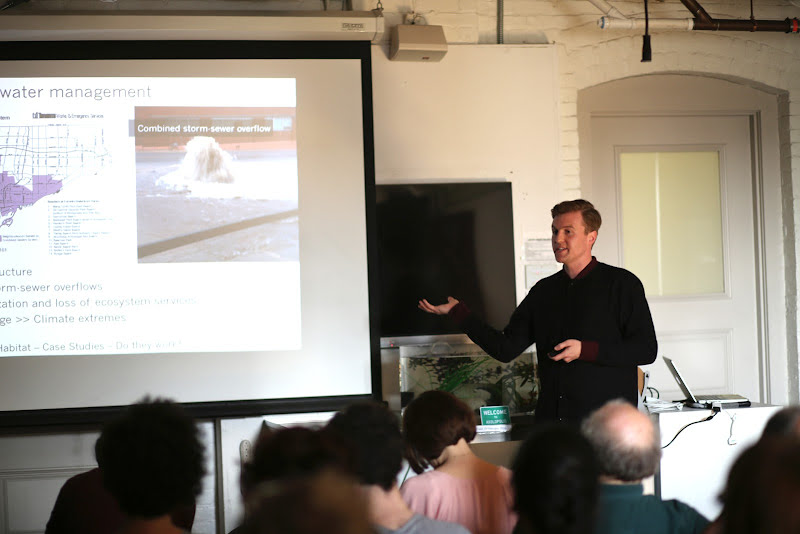 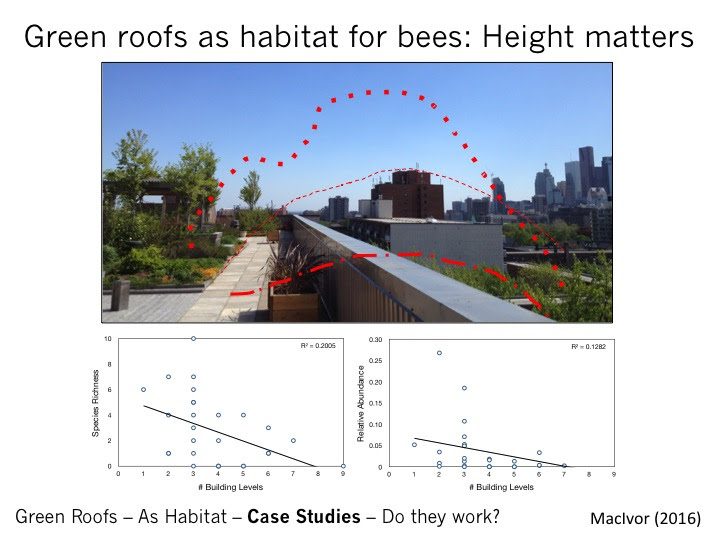 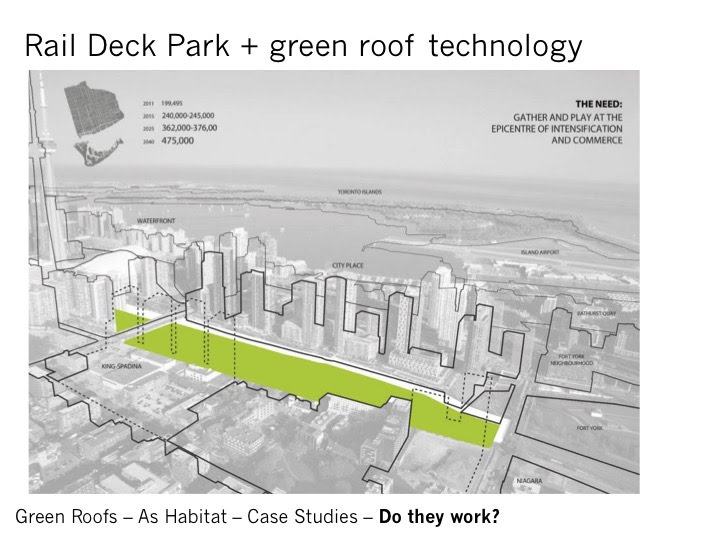 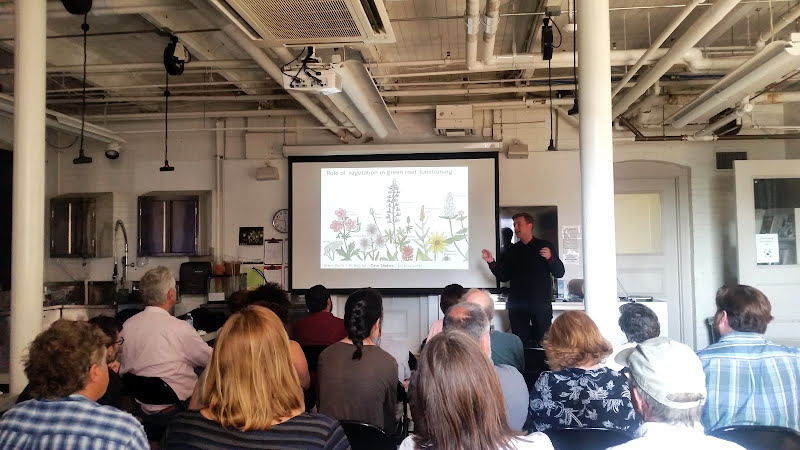 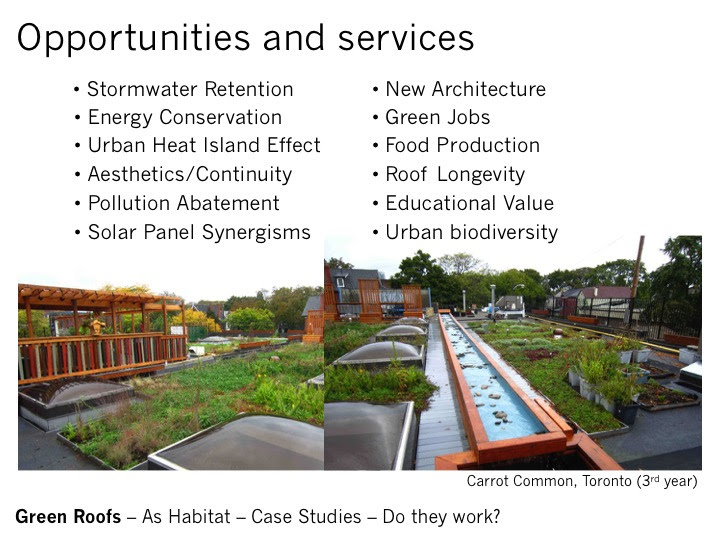