The Nature Lab and Brown’s Institute for Computational and Experimental Research in Mathematics (ICERM) co-hosted the public lecture and workshop "From Flapping Birds to Space Telescopes" by Robert J. Lang.

Recognized as one of the foremost origami artists in the world as well as a pioneer in computational origami and the development of formal design algorithms for folding, Dr. Lang wowed a sold-out audience in Salomon's Center on the mathematics of origami, the history of this art form and its current design applications.

Earlier that day students and faculty from both RISD and Brown had the opportunity to participate in a hands-on workshop held at the Nature Lab to explore different origami structures for technological and design applications. This 3-hour workshop was co-organized with RISD and Brown STEAM clubs.

Pictures and more information on how it went, on this blog post by Our RISD.

This workshop is a hands on workshop to explore a range of folding structures used in various technological applications, including foldable space structures, medical devices, and more! The workshop is very hands>on; you will be folding crease patterns and exploring the mechanical properties of folded structures and their underlying laws.

Lecture: "From Flapping Birds to Space Telescopes: The Mathematics of Origami"

The last decade of this past century has been witness to a revolution in the development and application of mathematical techniques to origami, the centuries-old Japanese art of paper-folding. The techniques used in mathematical origami design range from the abstruse to the highly approachable. In this talk, Robert Lang will describe how geometric concepts led to the solution of a broad class of origami folding problems - specifically, the problem of efficiently folding a shape with an arbitrary number and arrangement of flaps, and along the way, enabled origami designs of mind-blowing complexity and realism, some of which you'll see, too. As often happens in mathematics, theory originally developed for its own sake has led to some surprising practical applications. The algorithms and theorems of origami design have shed light on long-standing mathematical questions and have solved practical engineering problems. Examples will be discussed of how origami has enabled safer airbags, Brobdingnagian space telescopes, and more 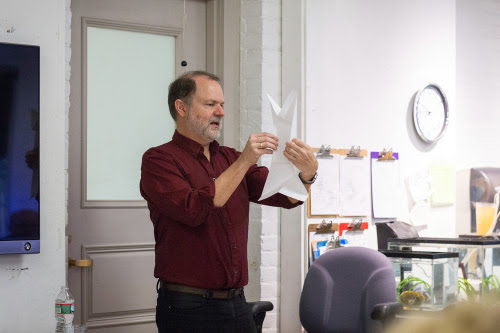 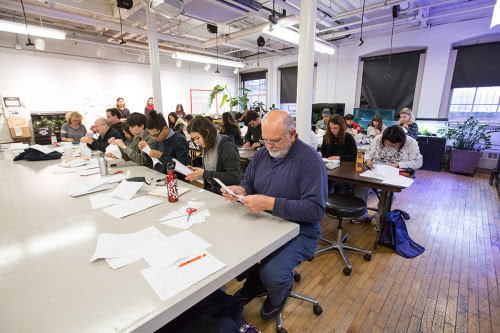